The bees are buzzing, the birds are chirping and there is no sign of car noise. Far away from the big city in the northern Bavarian Forest near Grattersdorf in Lallinger Winkel there are not only numerous orchards. Fridolin Artinger, head chef of the cafeteria at the TH Deggendorf, produces his own honey here. 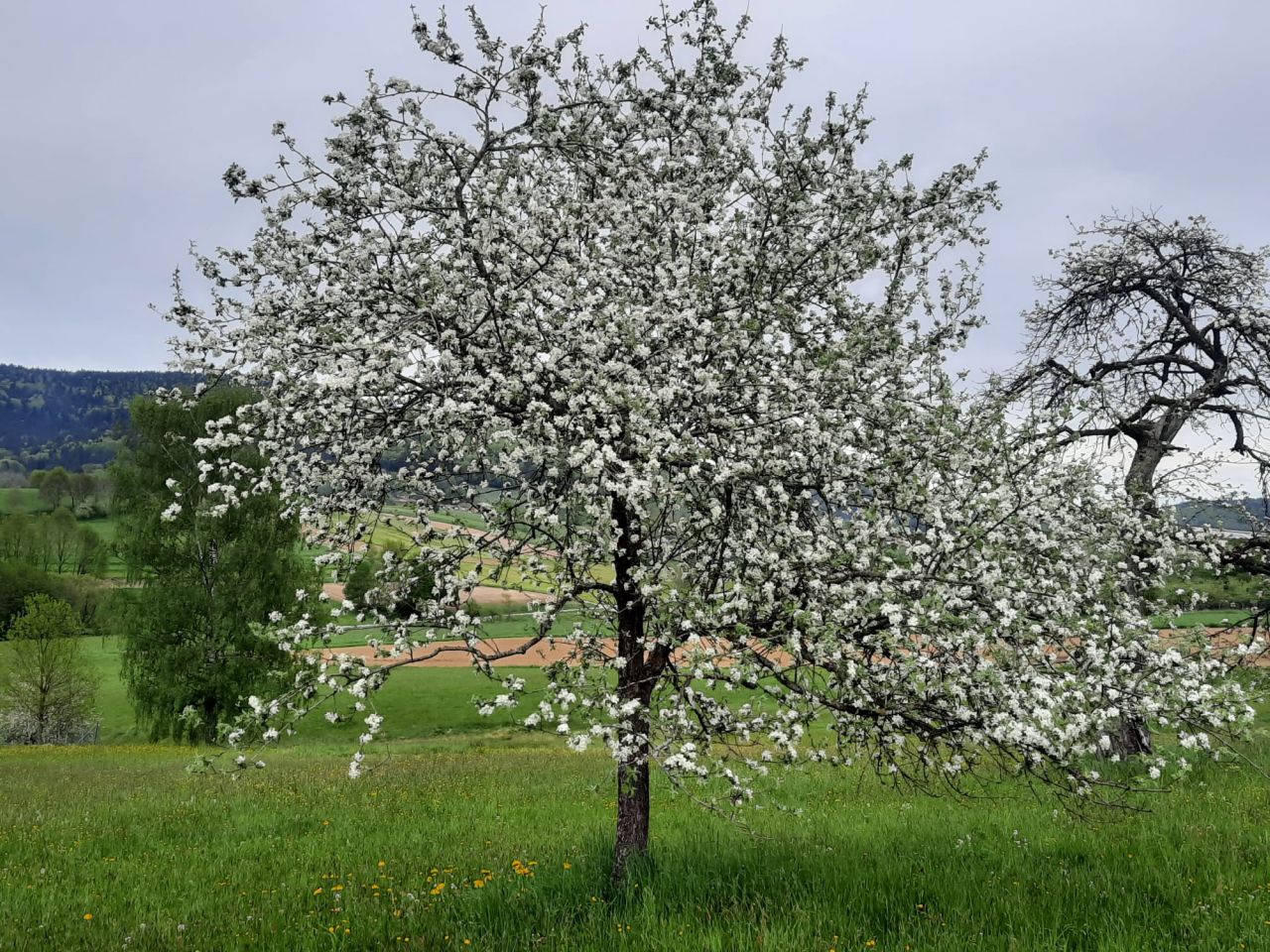 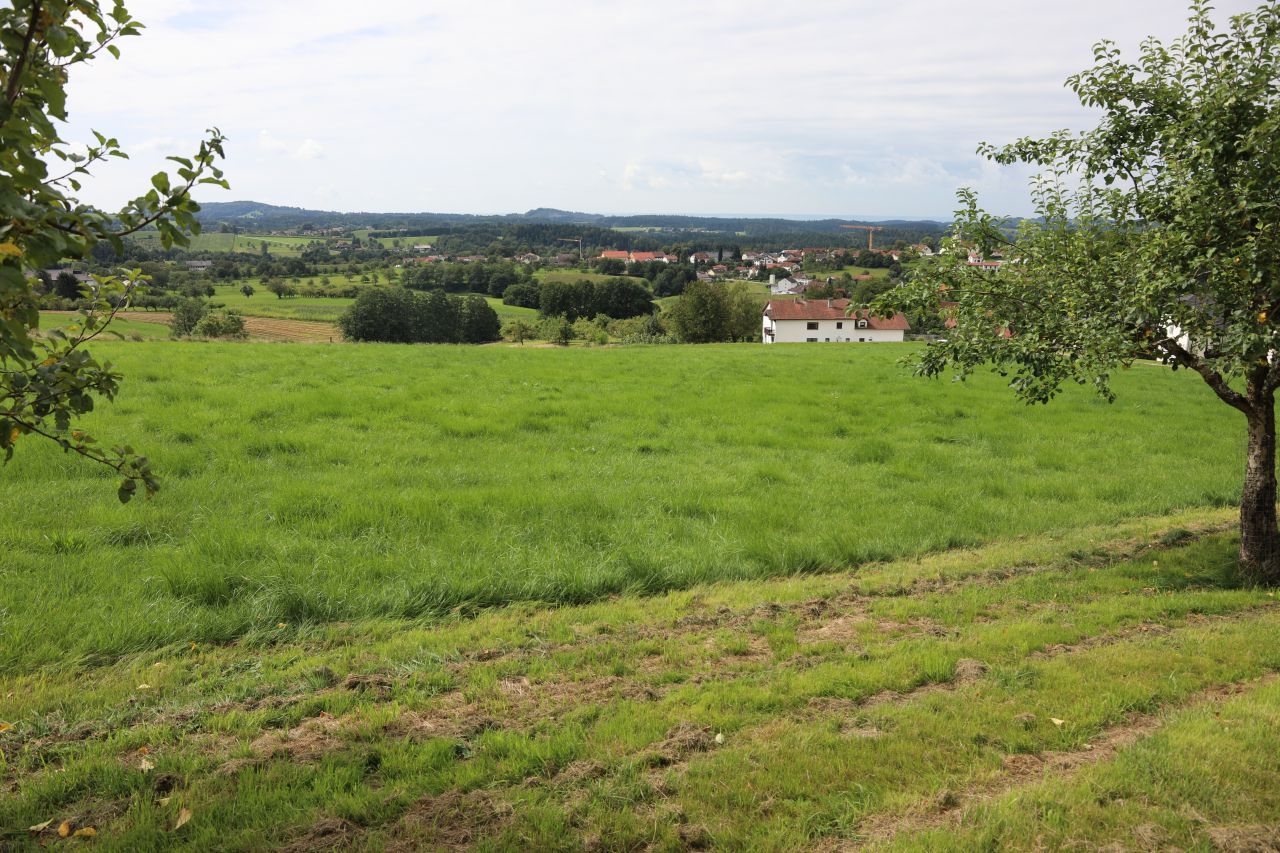 What began as a hobby is developing more and more into a second job, or rather a vocation, because Fridolin Artinger is involved with body and soul: he now calls 17 bee colonies his own. 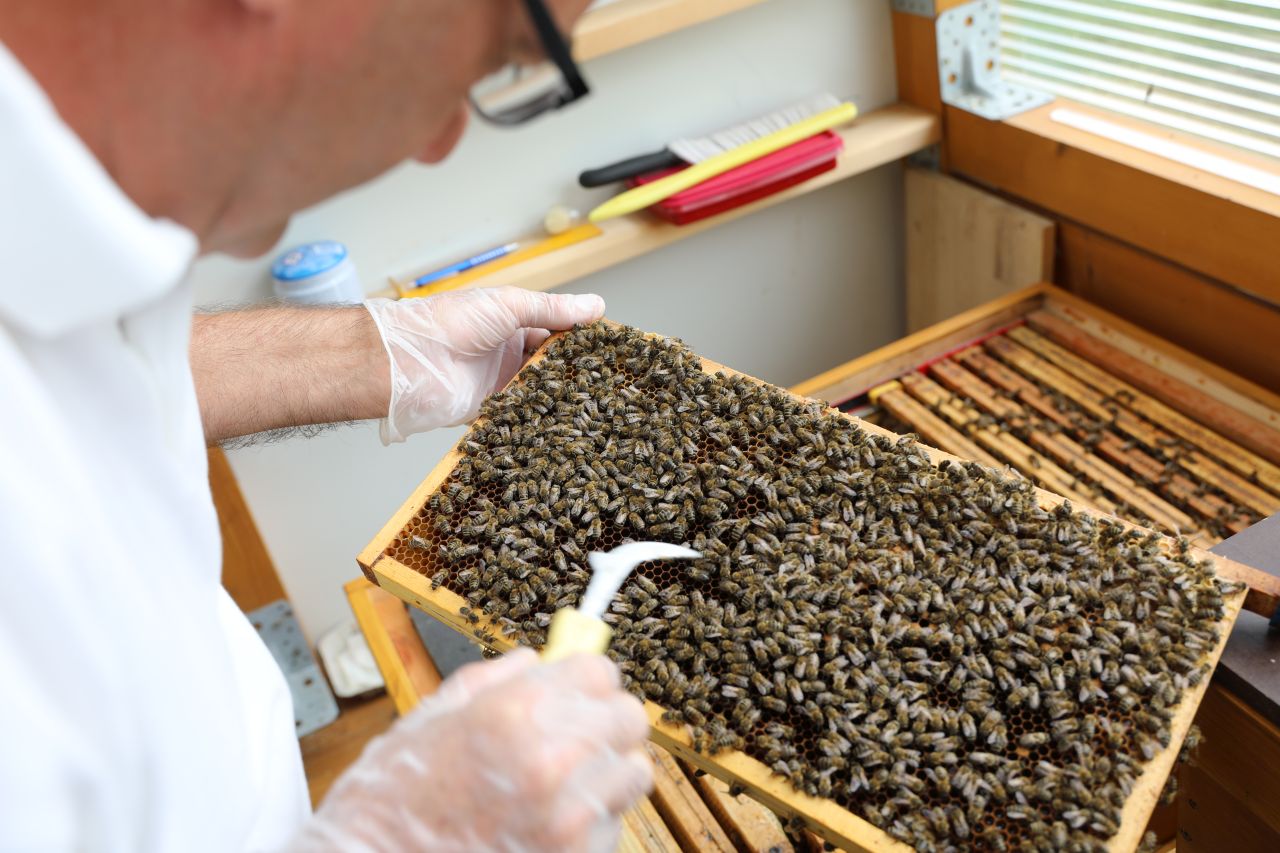 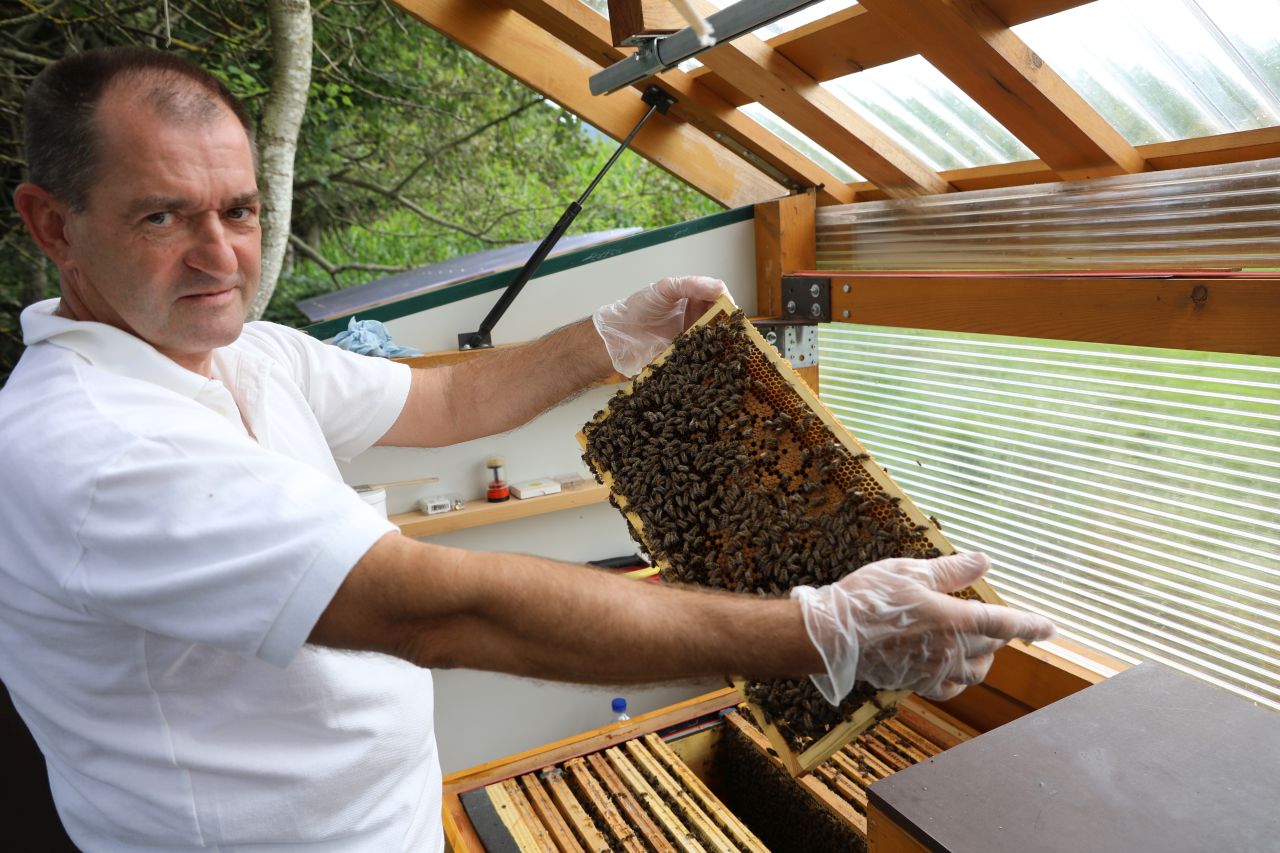 Every colony has its own structure. In short, it consists of a queen, a few hundred male drones, and even more female worker bees. They all have their own tasks in the bee colony: where the male drones almost exclusively mate with the queen bee, the real “hardworking bees” are the female worker bees. Because they not only clean the honeycomb cells, feed the larvae and the queen and help build the honeycombs. They also collect nectar, pollen and water and ultimately produce the honey as well. 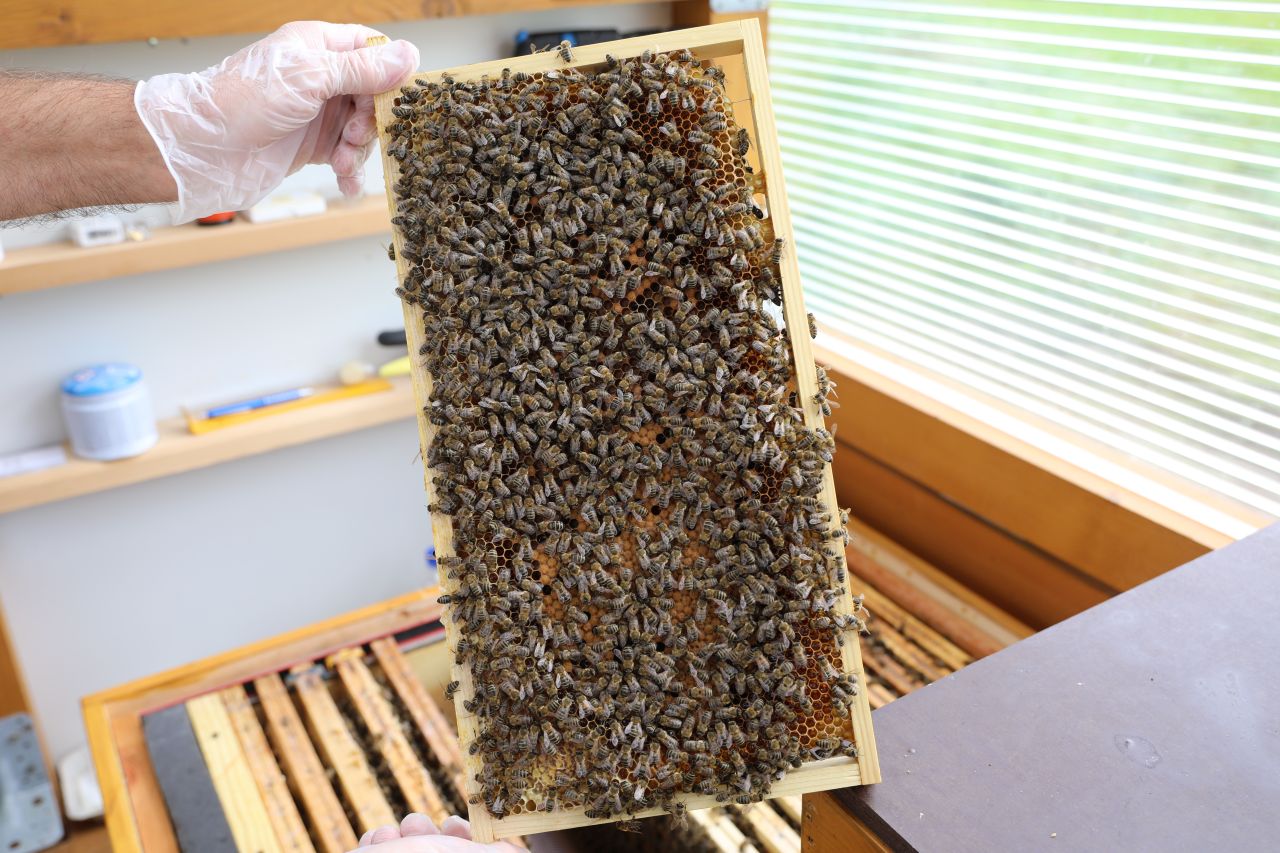 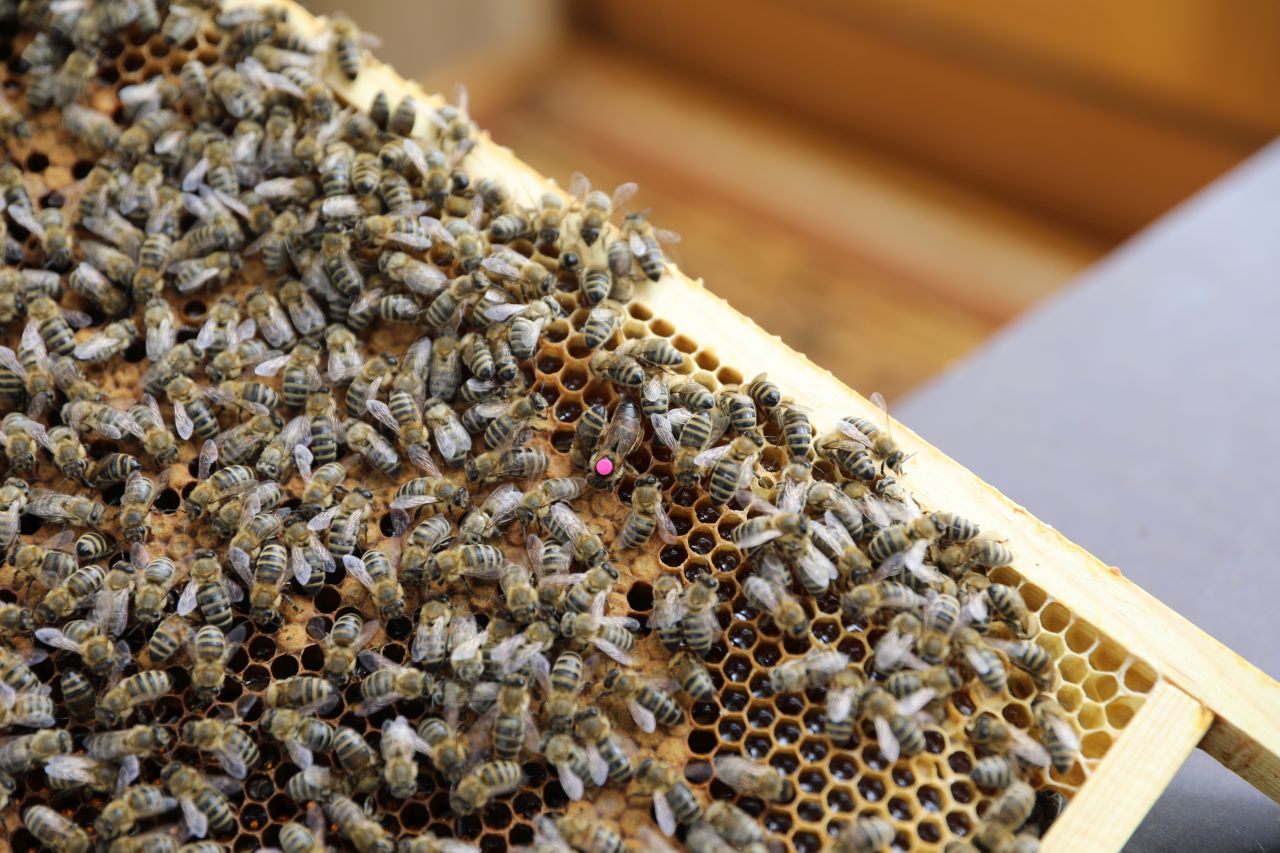 In the beehive from Fridolin Artinger you have the best prerequisites for this. In an area rich in forests and meadows, you can devote yourself to honey production undisturbed. The colonies know their home and return to their native honeycombs after the excursion. If one or the other bee or even a whole colony gets lost, it is the beekeeper's job to catch them again and show them the right way home. He also worries about the welfare of the colonies. For example, the beehive must neither be too hot nor too cold and if the weather and the situation do not allow it, the bees also need sufficient food. As vegetarians, their most important sources of food are sweet plant juices such as nectar or pollen and honey. 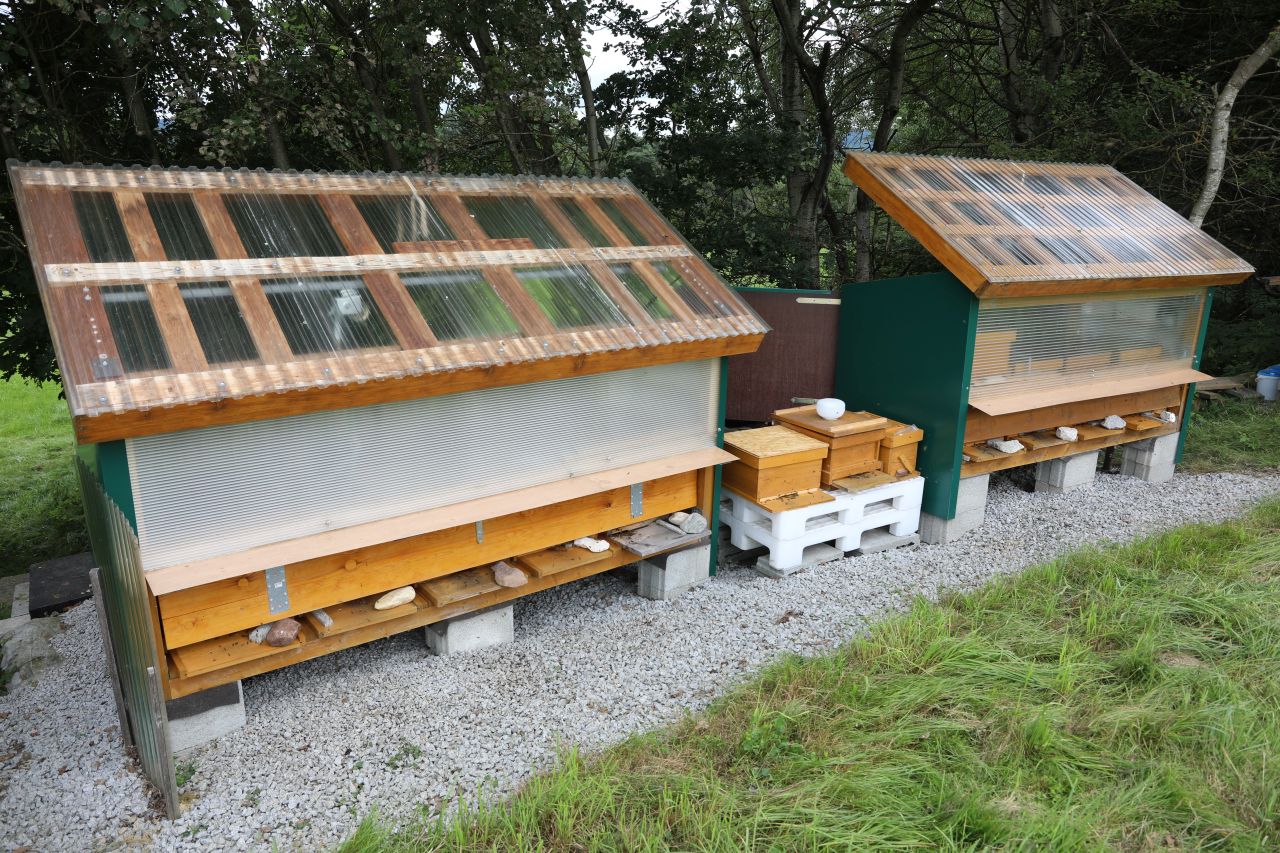 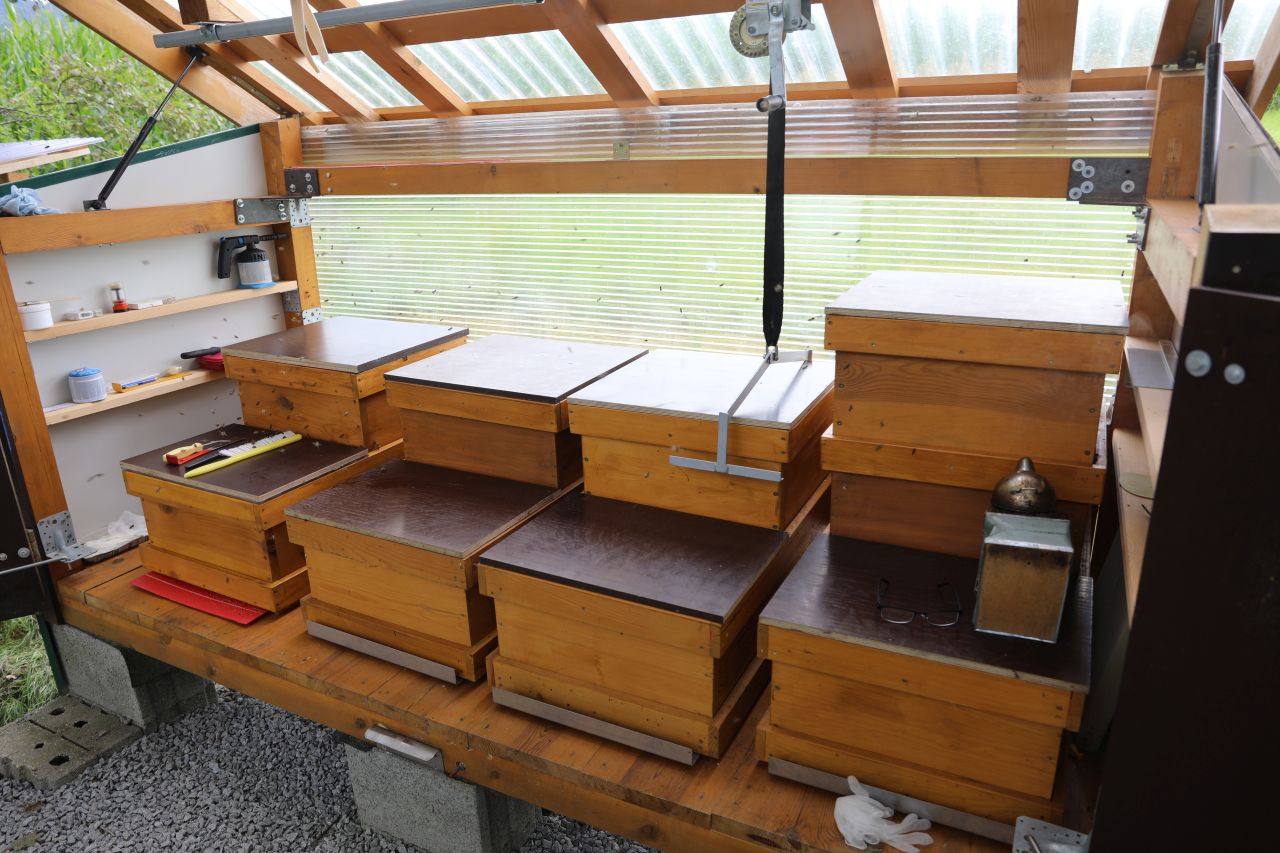 They share the honey with the beekeeper, who removes the full honeycombs from the beehives. Fortunately, the colonies of Fridolin Artinger are already used to this process. In addition, they can be soothed with smoke, as shown here from burnt egg cartons. If things get wilder, the beekeeping robe protects against the painful stings. In this way, the frames can be safely removed from the beehives and transported for spinning. 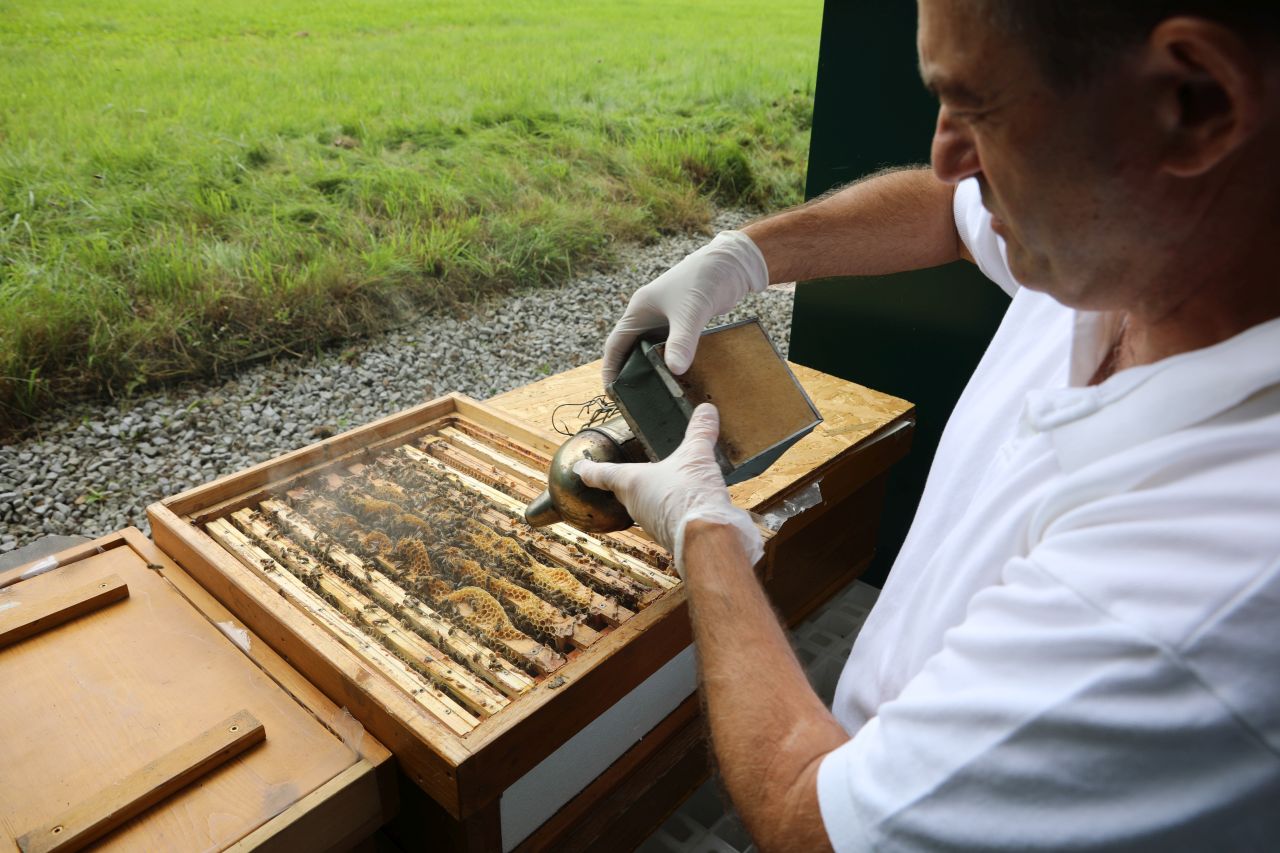 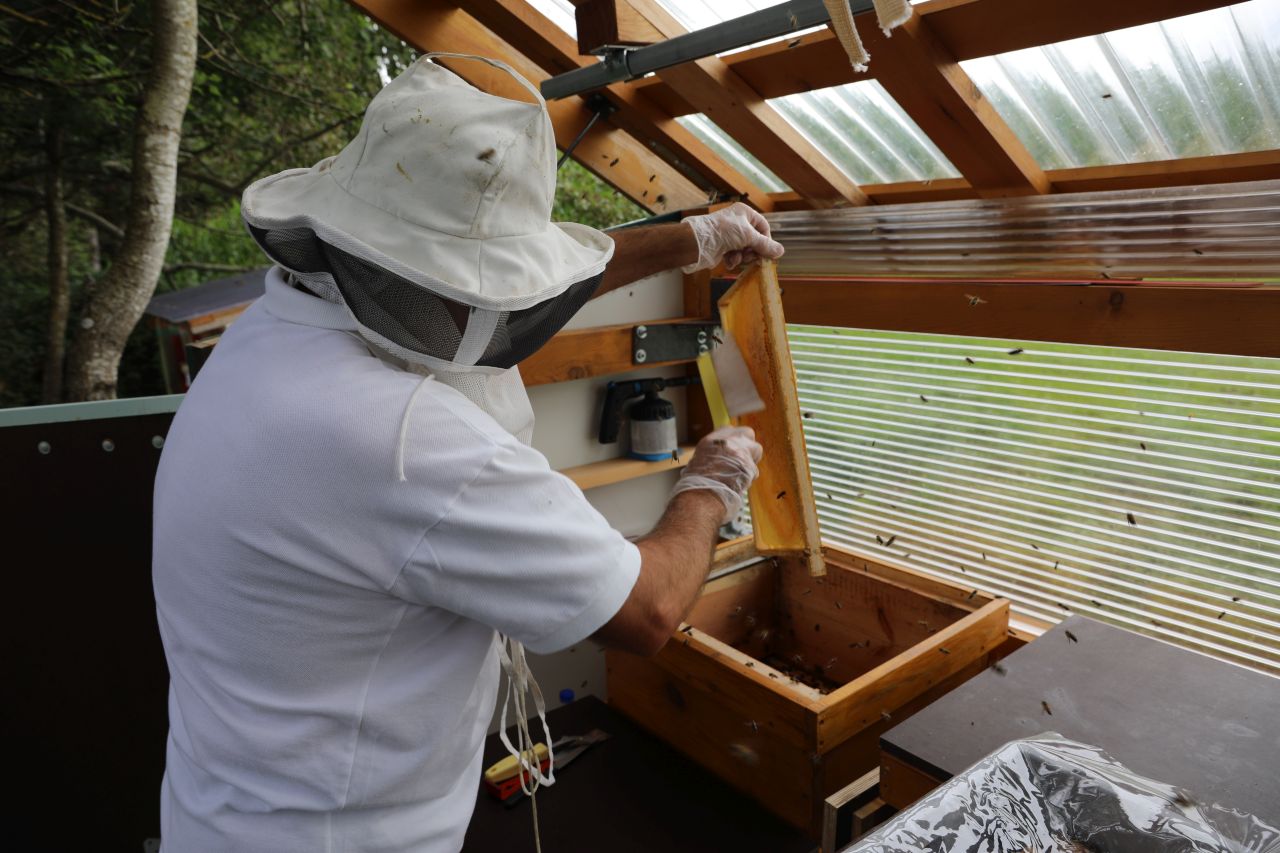 But before the spinning starts, the wax applied by the bees must be removed from the honeycomb. After all, honey cannot flow out of closed honeycombs. With the help of a special spatula, Fridolin Artinger prepares the honeycombs for the spinning process.

There is space for up to four frames at the same time in the spinning machine. The frames in the machine rotate with increasing speed - the honey is literally thrown from the honeycomb to the edge of the vat by centrifugal force. 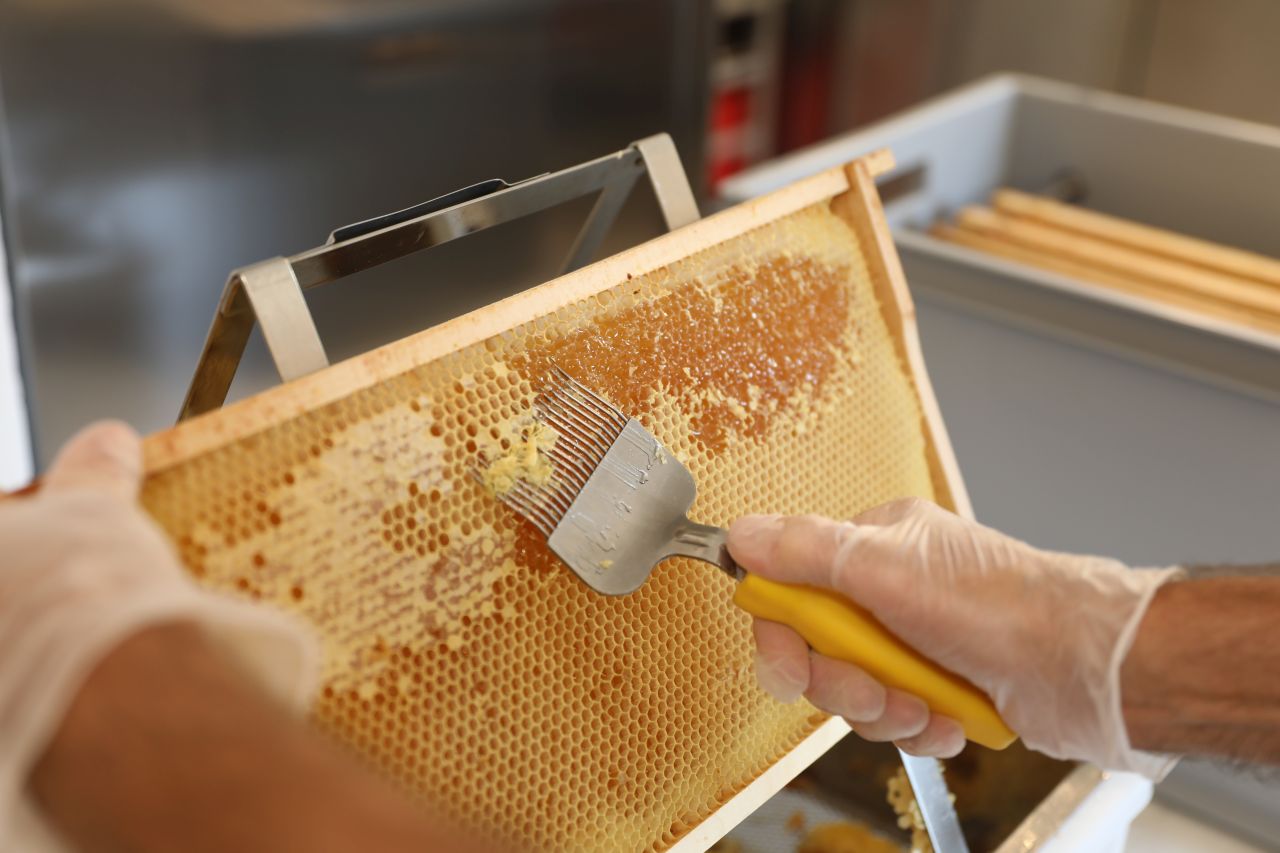 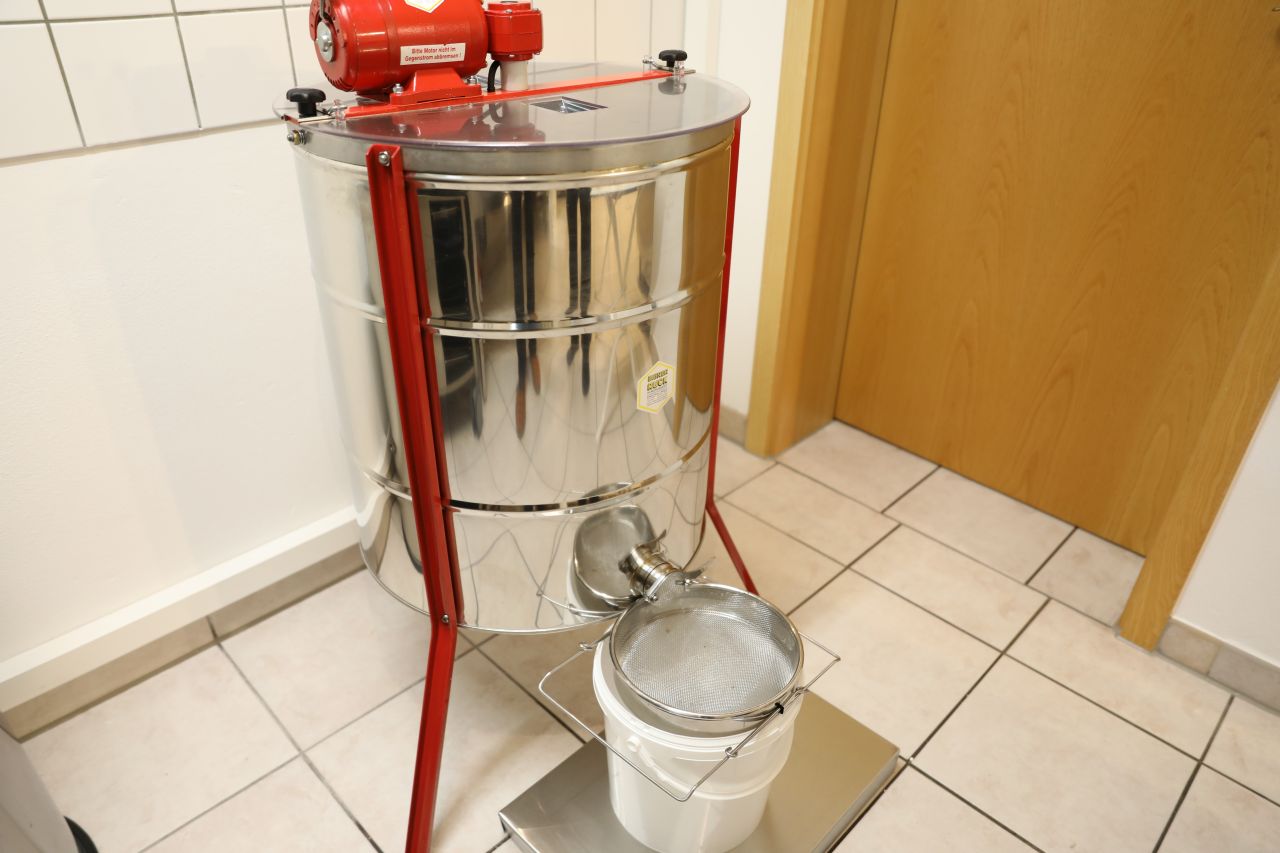 Only a short time later, the golden honey can run out of the spinning machine through a sieve. A sweet smell fills the room. 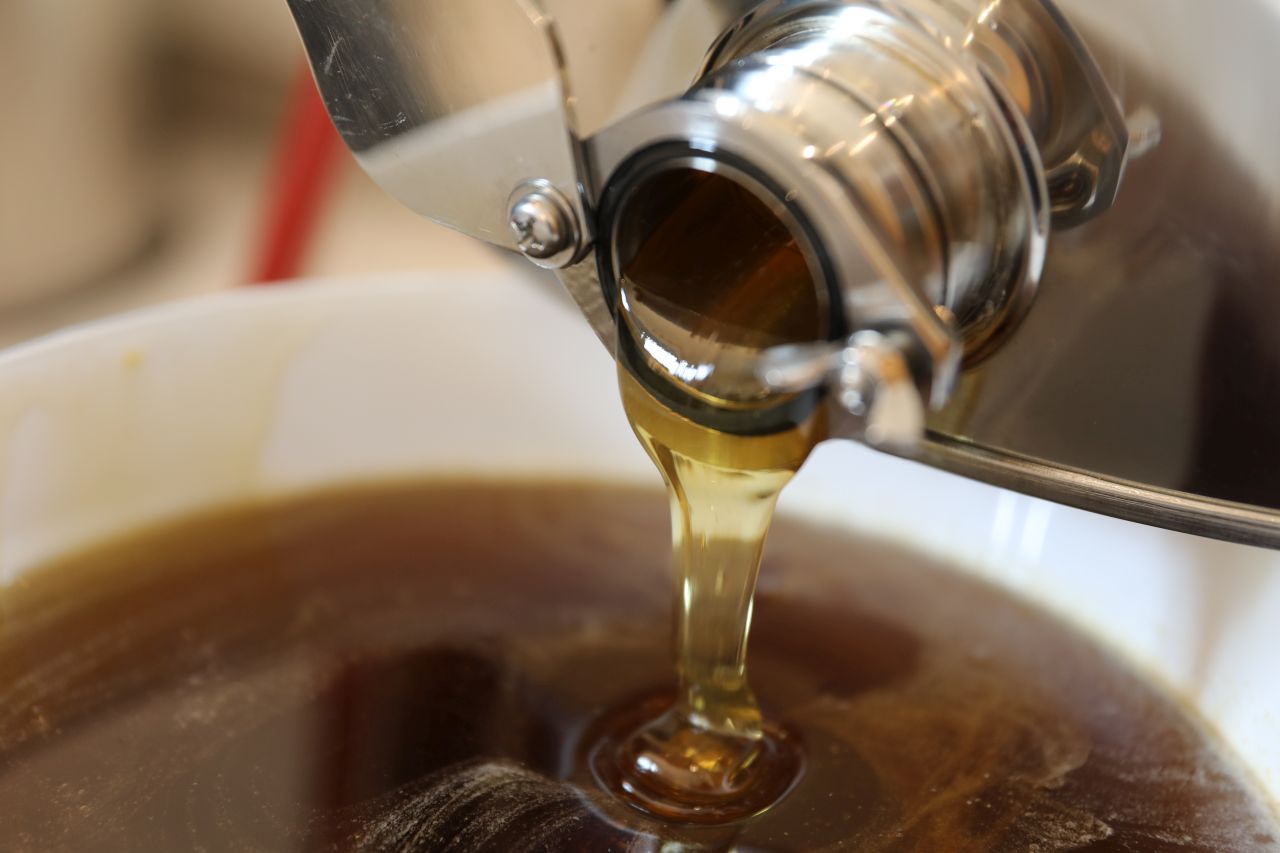 Before the honey ends up on breakfast bread, it has to be sealed airtight in 250 g jars. The labels already identify it as “Studentenwerkshonig”. It can be purchased for 3.30 euros per jar in the cafeterias of the Studentenwerk in Regensburg, Passau, Landshut, Deggendorf, Pfarrkirchen and Straubing. You see, there is a lot of manual work in our honey - it is also produced regionally by an experienced beekeeper.

It is currently available in four varieties: blossom honey, blossom honey creamy, forest honey and orange. And Fridolin Artinger still has big plans: other flavors such as hazelnut or vanilla are already being planned.

With us you will first find out what happens to the honey! Until then, the Studentenwerk will hopefully accompany you through the first hours of the morning - with the "Studentenwerkshonig" from Fridolin Artinger. 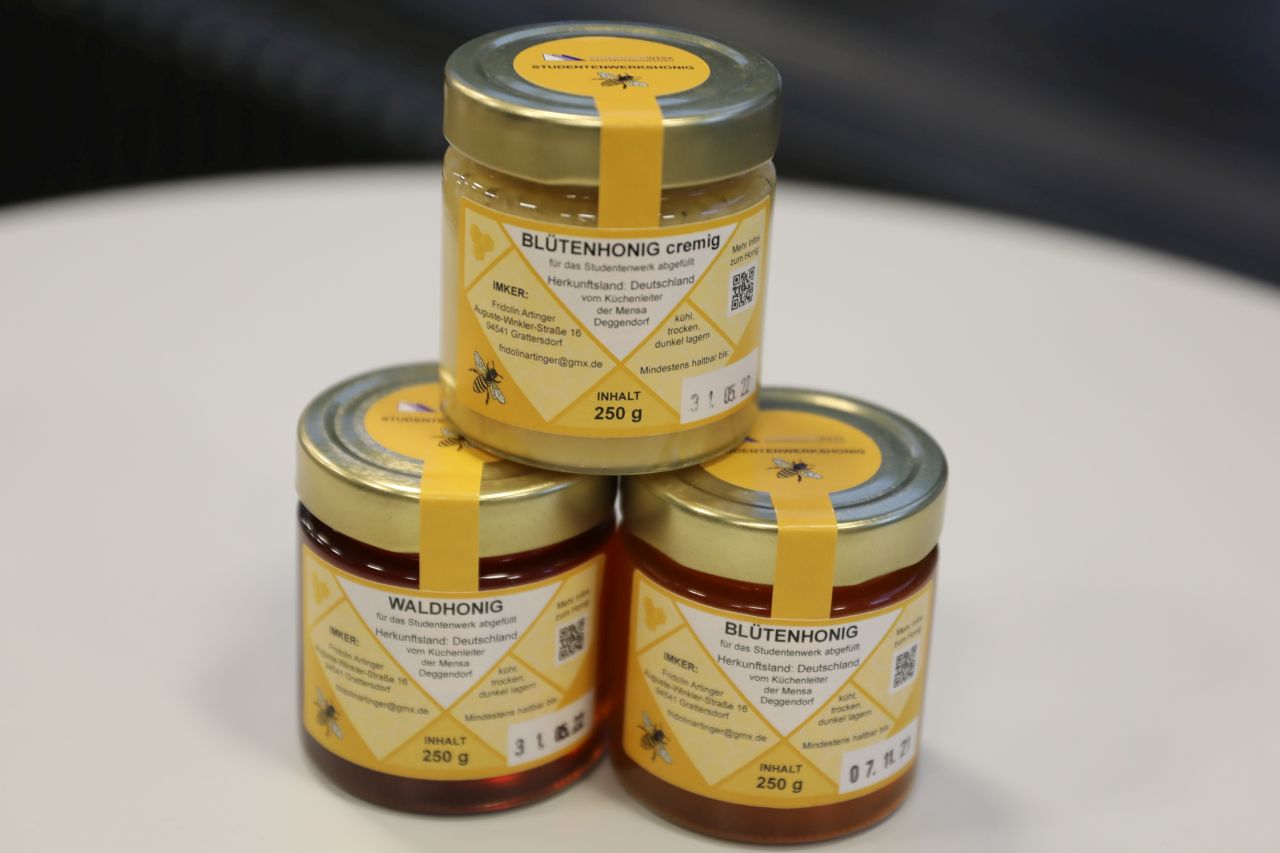