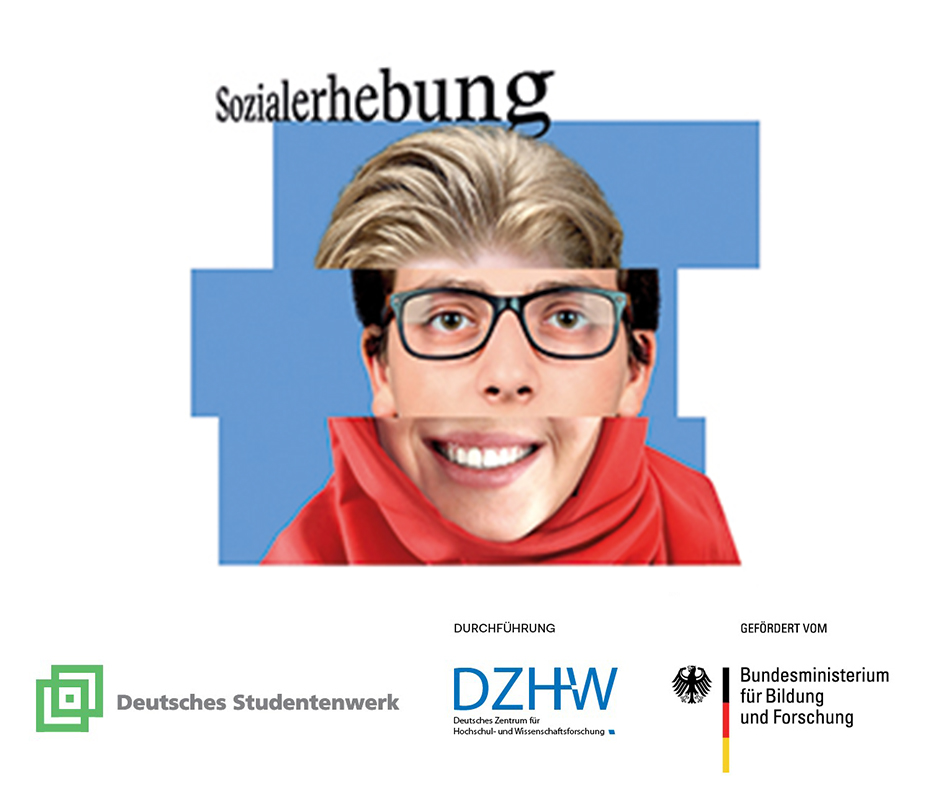 The social survey of Deutsches Studentenwerk (DSW), conducted by the German Centre for Higher Education Research and Science Studies (DZHW), is based on questionnaires designed to monitor the social and economic situation of students in Germany. Approximately every three years, a standardised questionnaire is presented to a representative cross-section of students enrolled at public sector and state-recognised higher education (HE) institutions. Apart from the topicality and quantity of the results, a special characteristic of these surveys is the long time series. The individual surveys bear witness to the times in which they were performed. They reflect ongoing developments in a temporal context.
The 21st survey in the series monitoring the social and economic situation of students in Germany, which was initiated by the DSW in 1951, was conducted during the 2016 summer semester. Since 1981 the data generated by the surveys has been collected, analysed and reported by the DZHW and its institutional predecessors. The 21st social survey was undertaken with the financial support of the Federal Ministry of Education and Research (BMBF).

This publication contains a summary of the key findings of the principal report on the 21st survey, focusing on the following topics:

This report examines the situation of Germans and German educational nationals (Bildungsinländer) enrolled at HE institutions – i. e., those who have completed their secondary education in Germany.

The unabridged report on the 21st social survey (in German) and the questionnaire are available the website of the Social Survey. The project website also contains a variety of background information on the survey series, press releases, all of the regular and special reports produced since the inaugural survey in 1951, as well as questionnaires and initial descriptive analyses of the collected data.